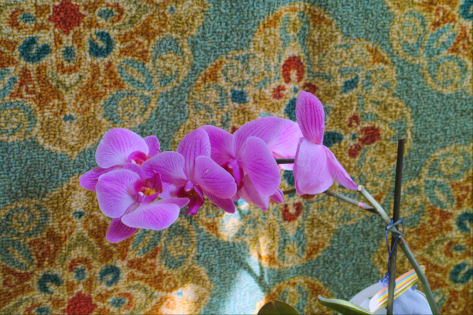 The dust level in one room of my house reached 3.5 million particles per cubic meter, where the particles were detected at a size of less than two microns (with some potentially as small as 500 nanometers) – using a Dylos 1100 (“Pro” version) electronic particle detector.  I have several detectors of various sorts. Often, the alarm on one of them is triggered in the middle of the night.  The other detectors do not have audible alarms.  In search of the cause of huge night-time spikes in the level of particulates, I used an IR camera to take shots of the affected room.

Translate to another language

Using a K5 for Video

Some Notes about MJPEG

Video on the Cheap

Triton and Me: Back together Again

Do you Miss the Olde – QSL routine?

Shortwave Weather Faxes with the RX320D

Using GrADS to Forecast the Weather

Why are Cloudy Days Blue?

Adding a few Cabinets to the Base

Posts From: : Many Curious Habits

What about the Nimitz UFOs?

No Sunshine on this Road Grit

FreeBSD on an Atomic Pi

Chromium Based Browser for ARM based SBC boards

Poison Lasers: the next Genocide?

The Terrors of Future Technology